Melbourne:  When an idea crystallises into a potential reality, the only thing left is commitment. So it was when Adam Little decided that the hamlet of Yahl and turf might be a good fit.

Adam has farming running through his veins, from his father Les Little who operates a farm nearby and in Strathdownie across the Victorian - South Australian border. He grew up with sheep and cattle later venturing out on his own, purchasing a going concern in Yahl, a beautiful neck of the woods close to Mt Gambier.

He saw the potential that turf growing might offer — grass that could be laid in turf-hungry centres like Melbourne and Adelaide. He knew the soil was loamy enough to support turf but having such pure water as the limestone-enriched fluid would be a bonus, similar to the nearby Blue Lakes at Mt Gambier — he knew he’d be on a winner after consulting with ag equipment providers, ThinkWater who are prominent dealers in the area.

For the past five years his enterprise has shaped up and shipped out tonnes of turf in several varieties such as kikuyu which is a common drought-tolerant grass, couch for a short carpet look, and tall fescue which is an evergreen grass, selling to both retail and wholesale.

Blue Lake Turf grows turf on 20 acres of a 55 acre on a principal paddock, as well as producing seed, with another 60 acres (25 acres in turf)  across the road where 400 lambs used to reside. The original paddock carried 150 sheep and ten cows for breeding but it’s all turf now and more to come as the Littles maintain the upward trend to turf stripping for a voracious market.

“”It was something I dabbled with when I was running the sheep and operating an earth moving
business and saw the big market the cities offered, plus the fact there were no turf suppliers in this area,” Adam said. “Initially, I only grew one hectare using sprinklers but when I increased it to two and three hectares I looked around for a suitable irrigator that would keep wet all these acres on a rectangular block, supplying the technique necessary for turf.”

He said that with turf you need water to come straight down, otherwise you lose water by the power of the wind. Bauer’s irrigator and boom covers the paddock without water misses, proving more useful in this case than say, using a water gun into the wind.

“The Rainstar is great for rectangular paddocks, fence to fence. We’re doing well because water makes money. You need to be in intensive farming like seed production, vegetables or turf, which provide much better returns than sheep and cattle,” Adam opined.

“I also chose the Bauer because it is better finished off and is easier to use. The other irrigators tend to be overdone, being too big and heavy, with too much steel and therefore they catch a lot of wind. Bauer’s irrigator, on the other hand, is galvanised with stainless steel bits and works well in the wind and is less complicated.”

Adam pointed out that shifting the irrigator only takes fifteen minutes to go from one hydrant to another whereas others might spend 40 minutes, needing two people to transport their brand item. To Adam this is a valuable saving of time and money, being so quick and easy.

The water supply being so pure, all-bore with a huge basin, is coveted by the Adelaideans. There is a little calcium present but Adam believes a little is good. The limestone filtering obviously has its rewards, and with an ideal soil, the water can run off gently. Heavy soils cause rot in the winter and are too heavy for turf.

The Littles plan everything they do and Adam’s expertise continues to grow as does his grass. He is open to new ideas and fitting them into his scheme of operation. He still helps his father at Strathdownie across the border, but between looking after his interests, and family life with wife, Robyn and three young boys, Brayden, Riley and Reece — it’s a busy life. 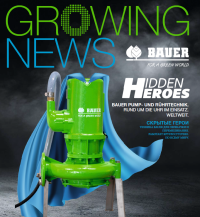